BLACK SMOKE: AFRICAN AMERICANS AND THE UNITED STATES OF BARBECUE

Across America, the pure love and popularity of barbecue cookery have gone through the roof. Prepared in one regional style or another, in the South and beyond, barbecue is one of the nation's most distinctive culinary arts. And people aren't just eating it; they're also reading books and articles and watching TV shows about it. But why is it, asks Adrian Miller--admitted 'cuehead and longtime certified barbecue judge--that in today's barbecue culture African Americans don't get much love?

In Black Smoke, Miller chronicles how Black barbecuers, pitmasters, and restauranteurs helped develop this cornerstone of American foodways and how they are coming into their own today. It's a smoke-filled story of Black perseverance, culinary innovation, and entrepreneurship. Though often pushed to the margins, African Americans have enriched a barbecue culture that has come to be embraced by all. Miller celebrates and restores the faces and stories of the men and women who have influenced this American cuisine. This beautifully illustrated chronicle also features 22 barbecue recipes collected just for this book.

Adrian Miller is a certified Kansas City Barbecue Society judge and recipient of a James Beard Foundation Book Award for Soul Food: The Surprising Story of an American Cuisine, One Plate at a Time. A consultant on Netflix's Chef's Table BBQ, Miller's most recent book is The President's Kitchen Cabinet: The Story of the African Americans Who Have Fed Our First Families, from the Washingtons to the Obamas. 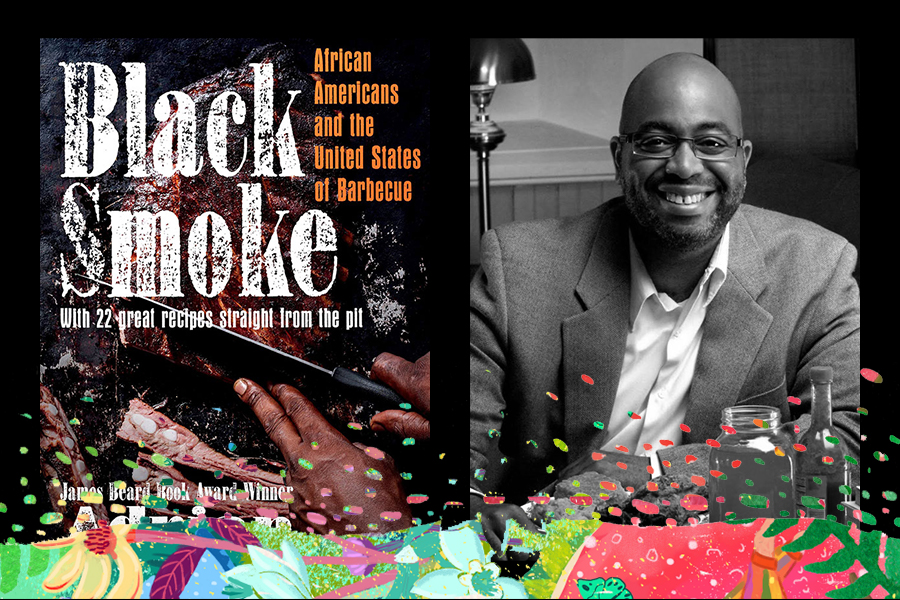