THE SILENT UNSEEN: A NOVEL OF WORLD WAR II

A mesmerizing historical novel of suspense and intrigue about a teenage girl who risks everything to save her missing brother.

Poland, July 1944. Sixteen-year-old Maria is making her way home after years of forced labor in Nazi Germany, only to find her village destroyed and her parents killed in a war between the Polish Resistance and Ukrainian nationalists. To Maria's shock, the local Resistance unit is commanded by her older brother, Tomek, who she thought was dead. He is now a Silent Unseen, a special-operations agent with an audacious plan to resist a new and even more dangerous enemy sweeping in from the East.

When Tomek disappears, Maria is determined to find him, but the only person who might be able to help is a young Ukrainian prisoner and the last person Maria trusts, even as she feels a growing connection to him that she can't resist.

Tightly woven, relentlessly intense, The Silent Unseen depicts an explosive entanglement of loyalty, lies, and love during wartime, from Amanda McCrina, the acclaimed author of "Traitor", a debut hailed by Elizabeth Wein as "Alive with detail and vivid with insight . . . a piercing and bittersweet story."

Amanda McCrina was homeschooled through high school and graduated from the University of West Georgia with a BA in history and political science. For three years, she taught high school English and government at an international school in Madrid, Spain, and is now a bookseller in Franklin, Tennessee. She is the author of "Traitor" and "The Silent Unseen" . 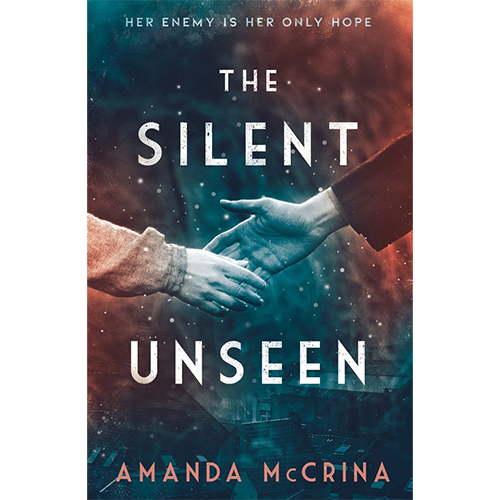