Since the fall of 2014, The Advice King has been one of the most widely read sections of alt-weekly the "Nashville Scene". "The Advice King Anthology" contains the best of those columns, with new In-the-Meantime notes, a new introduction, and a foreword by writer Tracy Moore.

If you are looking for traditional advice, this might not be the book for you. But if you care to find the incendiary, subversive, and hilarious alongside actual thoughts about addiction, depression, gentrification, politics, poetry, music, economic policy, living in New Nashville, and (inevitably) romance, the Advice King has much to offer.

Chris Crofton is a writer, musician, stand-up comedian, and actor. He stopped drinking alcohol in 2012, and it saved his life. He has been writing the Advice King column since 2014. 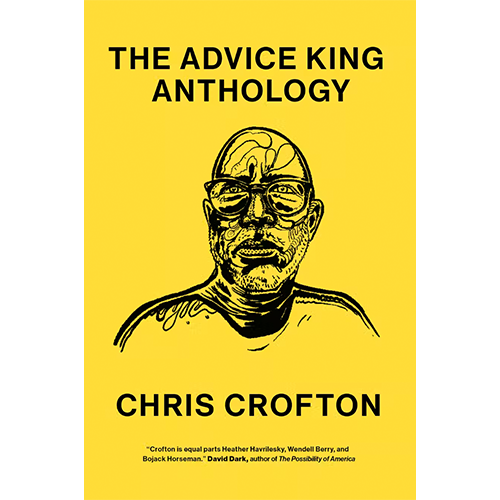