THE SOUTHERNIZATION OF AMERICA: A STORY OF DEMOCRACY IN THE BALANCE

In 1974 John Egerton published his seminal work, "The Americanization of Dixi"e. Pulitzer Prize-winner Cynthia Tucker and award-winning author Frye Gaillard carry Egerton's thesis forward in "The Southernization of America", a compelling series of linked essays considering the role of the South in shaping America's current political and cultural landscape. They dive deeper, examining the morphing of the Southern strategy of Richard Nixon and Ronald Reagan into the Republican Party of today, the racial backlash against President Obama, family separation on our southern border, the rise of the Christian right, the white supremacist riots in Charlottesville, the death of George Floyd, and the attack on our nation's capitol. They find hope in the South too, a legacy rooted in the civil rights years that might ultimately lead the nation on the path to redemption. Tucker and Gaillard bring a multiracial perspective and years of political reporting to bear on a critical moment in American history, a time of racial reckoning and democracy under siege.

Cynthia Tucker is a Pulitzer Prize-winning syndicated columnist who has spent most of her career in journalism, having previously worked for the "Atlanta Journal-Constitution" as an editorial page editor and as a Washington-based political columnist. She has also been featured as a political commentator on television and radio. Tucker's work as a journalist has been celebrated by the National Association of Black Journalists (who inducted her into its hall of fame), Harvard University, and the Alabama Humanities Foundation. She spent three years as a visiting professor at the University of Georgia's Grady College of Journalism and is currently the journalist-in-residence at the University of South Alabama. 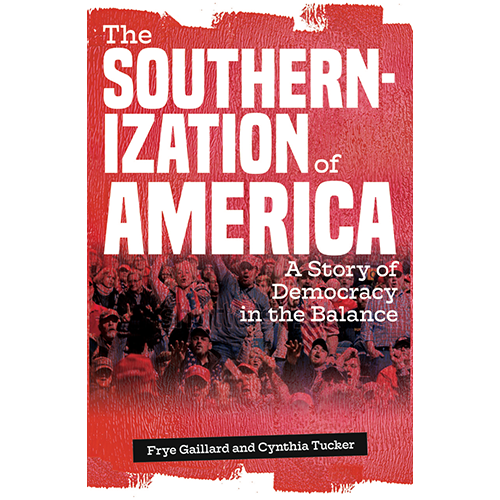