This true crime saga--with an eccentric Southern backdrop--introduces the reader to the story of a murder in a crumbling Louisville mansion and the decades of secrets and corruption that live within the old house's walls.

On June 18, 2010, police discover a body buried in the wine cellar of a Victorian mansion in Old Louisville. James Carroll, shot and stabbed the year before, has lain for 7 months in a plastic storage bin--his temporary coffin. Homeowner Jeffrey Mundt and his boyfriend, Joseph Banis, point the finger at each other in what locals dub The Pink Triangle Murder.

On the surface, this killing appears to be a crime of passion, a sordid love tryst gone wrong in a creepy old house. But as author David Domin? sits in on the trials, a deeper story emerges: the struggle between hope for a better future on the one hand and the privilege and power of the status quo on the other.

As the court testimony devolves into he-said/he-said contradictions, David draws on the confidences of neighbors, drag queens, and other acquaintances within the city's vibrant LGBTQ community to piece together the details of the case. While uncovering the many past lives of the mansion itself, he enters a murky underworld of gossip, neighborhood scandal, and intrigue.

David Domine is the author of twelve other books, and he is particularly drawn to writing about the Old Louisville neighborhood, known as much for its Victorian mansions and elegance, as its eccentric, bohemian characters. His paranormal and true crime projects have been featured nationally on shows such as The Dead Files on The Travel Channel, Ghost Hunters on SyFy, and A&E's The First 48. He's also received coverage in the New York Times, the Economist, Chicago Tribune, and the Washington Post. He lives in Louisville, where he teaches at Bellarmine University. 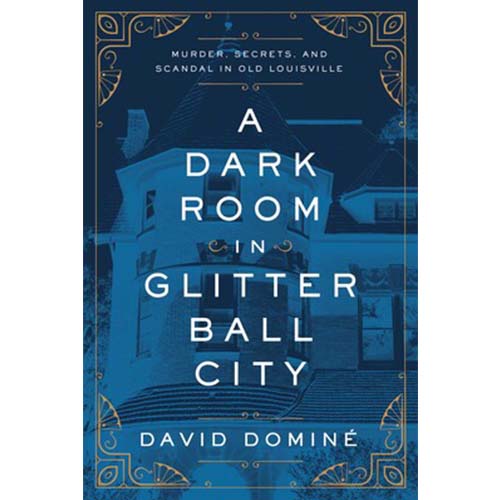