A brilliant debut by lawyer and critic Hawa Allan on the paradoxical state of black citizenship in the United States.

The little-known and under-studied 1807 Insurrection Act was passed to give the president the ability to deploy federal military forces to fend off lawlessness and rebellion, but it soon became much more than the sum of its parts. Its power is integrally linked to the perceived threat of black American equity in what lawyer and critic Hawa Allan demonstrates is a dangerous paradox. While the Act was initially used to repress rebellion against slavery, during Reconstruction it was invoked by President Grant to quell white-supremacist uprisings in the South. During the civil rights movement, it enabled the protection of black students who attended previously segregated educational institutions. Most recently, the Insurrection Act has been the vehicle for presidents to call upon federal troops to suppress so-called "race riots" like those in Los Angeles in 1992, and for them to threaten to do so in other cases of racial justice activism. Yet when the US Capitol was stormed in January 2021, the impulse to restore law and order and counter insurrectionary threats to the republic lay dormant.

Allan's distinctly literary voice underscores her paradigm-shifting reflections on the presence of fear and silence in history and their shadowy impact on the law. Throughout, she draws revealing insight from her own experiences as one of the only black girls in her leafy Long Island suburb, as a black lawyer at a predominantly white firm during a visit from presidential candidate Barack Obama, and as a thinker about the use and misuse of appeals to law and order.

Elegant and profound, deeply researched and intensely felt, Insurrection is necessary reading in our reckoning with structural racism, government power, and protest in the United States.

Hawa Allan is an attorney and author whose work has appeared in the Chicago Tribune, Los Angeles Review of Books, Lapham's Quarterly, and the Baffler, among other publications. She lives and works in New York City. 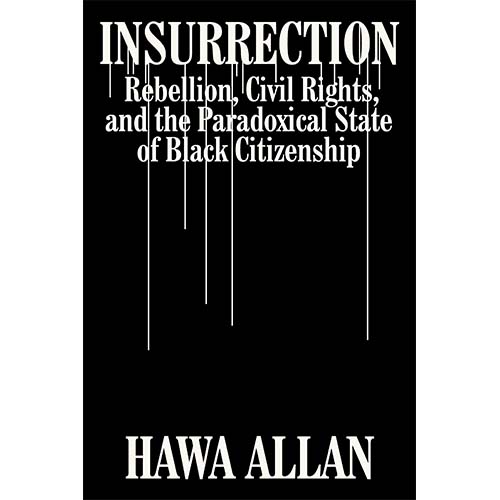