Twelve-year-old Maren is sure theater camp isn?t for her. Theater camp is for loud, confident, artsy people: people like her older sister, Hadley-the last person Maren wants to think about-and her cinema-obsessed, nonbinary bunkmate, Theo. But when a prank goes wrong, Maren gets drawn into the hunt for a diamond ring that, legend has it, is linked to the camp's namesake, Charlotte 'Charlie' Goodman, a promising director in Blacklist Era Hollywood.

When Maren connects the clues to Shakespeare's "Twelfth Night", she and her new friends are off searching through lighting booths, orchestra pits and costume storages, discovering the trail and dodging camp counselors. But they're not the only ones searching for the ring, and with the growing threat of camp closing forever, they're almost out of time.

When Janet Key was twelve, she sang and danced onstage, stayed up too late reading Shakespeare, and had a closet full of themed, handsewn vests. This is her first novel. 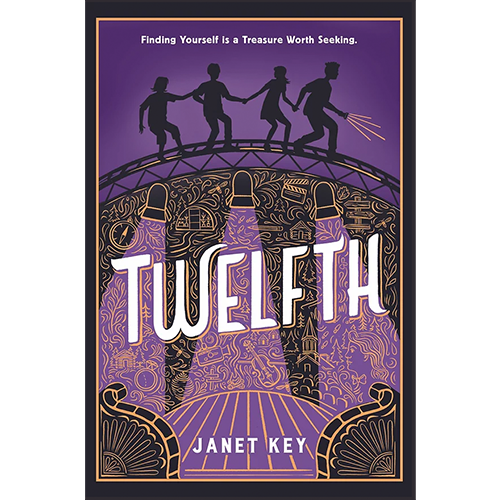