Red Lanterns is a collection of new poetry that navigates a borderland between the seen world and the spirit world.

Occupying a tangible world is expected of us humans. We have been taught to trust (and trust only) our five major senses, which inform the tangible. Humans, however, possess senses beyond our primary ones, not simply the sixth sense of intuition but also a sense of time, sense of responsibility, sense of being watched, and so on. Some things lie beyond the realm of human knowledge, some things are not as they appear, some places that appear empty may not be, and some things remain wild, secret, and intangible.

These poems look at the place where the wild and mysterious joins with the explicable. The poems are about connections, especially spiritual connections - human to human, human to animal, human to land, animal to animal. Many of the poems can be classified as love poems, because love is one of our most primal connections.

There is also a thread of fierceness that runs through this work. This ferocity is in seeing disconnection and fighting to restore connectivity. More than anything the book is a manifesto to protect all the connections that allow us to be creatures of spirit as much as creatures of what Flannery O'Connor called "weight and extension," meaning of the body.

Looking for adventure and continuing a process of self-discovery, Janisse Ray has repeatedly set out to immerse herself in wildness, to be wild, and to learn what wildness can teach us. From overwintering with monarch butterflies in Mexico to counting birds in Belize, the stories in Wild Spectacle capture her luckiest moments--ones of heart-pounding amazement, discovery of romance, and moving toward living more wisely. In Ray's worst moments she crosses boundaries to encounter danger and embrace sadness.

Anchored firmly in two places Ray has called home--Montana and southern Georgia--the sixteen essays here span a landscape from Alaska to Central America, connecting common elements in the ecosystems of people and place. One of her abiding griefs is that she has missed the sights of explorers like Bartram, Sacagawea, and Carver: flocks of passenger pigeons, routes of wolves, herds of bison. She craves a wilder world and documents encounters that are rare in a time of disappearing habitat, declining biodiversity, and a world too slowly coming to terms with climate change.

In an age of increasingly virtual, urban life, Ray embraces the intentionality of trying to be a better person balanced with seeking out natural spectacle, abundance, and less trammeled environments. She questions what it means to travel into the wild as a woman, speculates on the impacts of ecotourism and travel in general, questions assumptions about eating from the land, and appeals to future generations to make substantive change.

Wild Spectacle explores our first home, the wild earth, and invites us to question its known and unknown beauties and curiosities.

Janisse Ray is an American writer whose subject most often falls into the borderland of nature and culture. She has published 5 books of nonfiction and 2 of eco-poetry. Her first book, Ecology of a Cracker Childhood, was a New York Times Notable Book. Ray won an American Book Award, Pushcart Prize, Southern Bookseller Awards, Southern Environmental Law Center Writing Awards, Nautilus Award, and Eisenberg Award, among others; and has been inducted into the Georgia Writers Hall of Fame.

She lives and works inland from Savannah, Georgia. 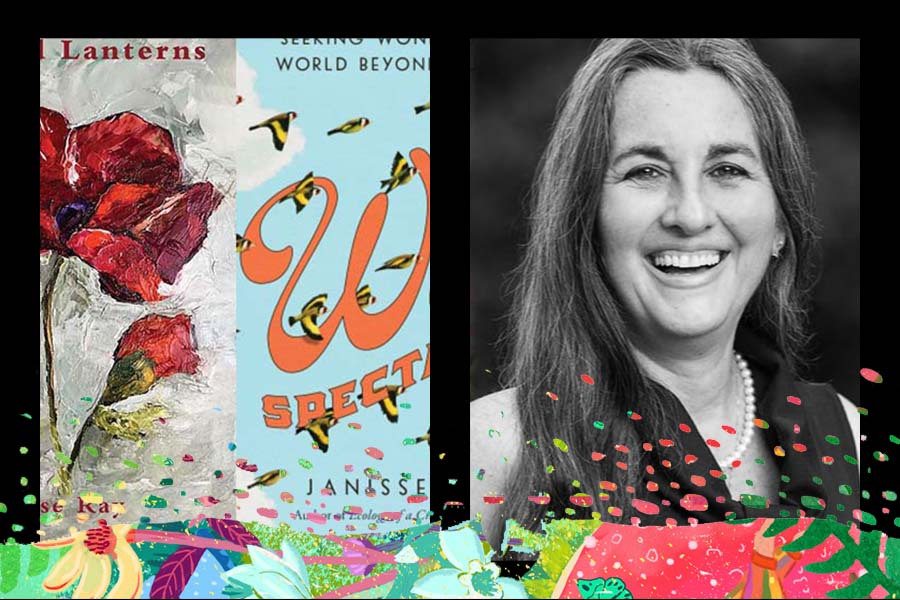