Security consultant "Jane Smith" receives an envelope with a key to a storage unit that holds a taxidermied hummingbird and clues leading her to a taxidermied salamander. Silvina, the dead woman who left the note, is a reputed ecoterrorist and the daughter of an Argentine industrialist. By taking the hummingbird from the storage unit, Jane sets in motion a series of events that quickly spin beyond her control.

Soon, Jane and her family are in danger, with few allies to help her make sense of the true scope of the peril. Is the only way to safety to follow in Silvina's footsteps? Is it too late to stop? As she desperately seeks answers about why Silvina contacted her, time is running out-for her and possibly for the world.

Hummingbird Salamander is Jeff VanderMeer at his brilliant, cinematic best, wrapping profound questions about climate change, identity, and the world we live in into a tightly plotted thriller full of unexpected twists and elaborate conspiracy.

Jeff VanderMeer is the author of Dead Astronauts, Borne, and The Southern Reach Trilogy, the first volume of which, Annihilation, won the Nebula Award and the Shirley Jackson Award and was adapted into a movie by Alex Garland starring Natalie Portman. VanderMeer speaks and writes frequently about issues relating to climate change.

He grew up in the Fiji Islands and now lives in Tallahassee, Florida, with his wife, Ann VanderMeer, and their cats, plants, and bird feeders. 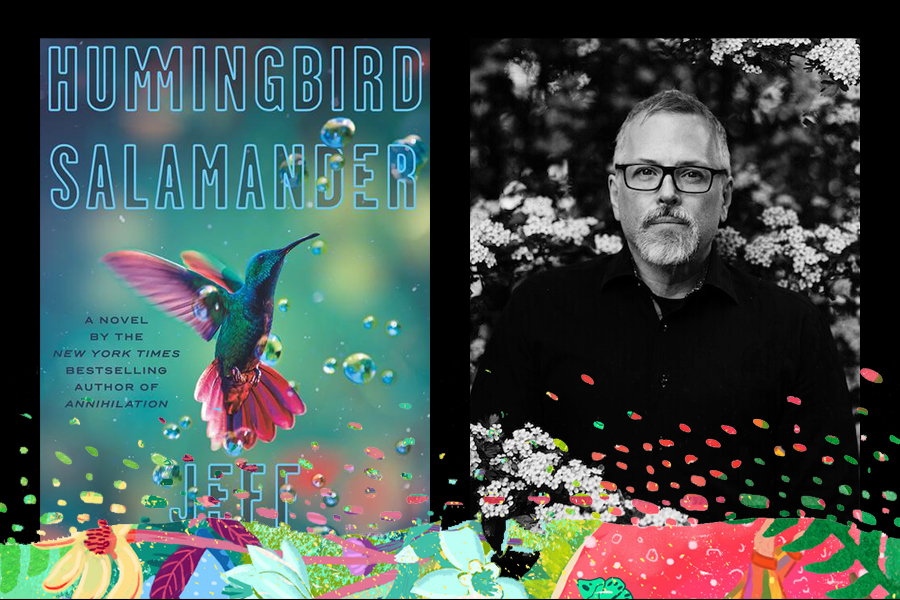