First released in 2011, "Tennessee Landscape with Blighted Pine" was the debut poetry collection from Tennessee poet Jesse Graves and was awarded the 2011 Weatherford Award in Poetry from Berea College, the Book of the Year in Poetry Award from the Appalachian Writers' Association, and the Thomas and Lillie D. Chaffin Award for Appalachian Writing.

The poems in "Tennessee Landscape with Blighted Pine" take part in many of the traditions of lyric poetry, including elegies for lost loved ones, odes to the beauty of family and the natural world, expressed through a range of poetic forms and techniques.

Jesse Graves grew up in Sharps Chapel, Tennessee, where his ancestors settled in the 1780s. He is the author of several books, including "Tennessee Landscape with Blighted Pine" , "Basin Ghosts" , "Specter Mountain" , and has edited several volumes of poetry and scholarship, including "The Southern Poetry Anthology" and "Conversations with Robert Morgan" . Graves received the 2014 Philip H. Freund Prize for Creative Writing from Cornell University, and the 2015 James Still Award for Writing about the Appalachian South from the Fellowship of Southern Writers. In 2015, he was inducted into the East Tennessee Writers Hall of Fame. 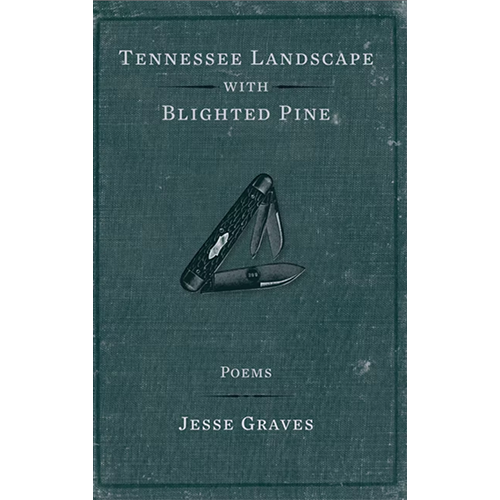