FROM BATBOY TO CONGRESSMAN: THIRTY YEARS IN THE U.S. HOUSE

On October 10, 2002, Congressman John J. Duncan Jr. cast a vote in the U.S. House that he thought might end his political career. Going against his own party, he was one of only six House Republicans who voted against the Iraq War resolution. Constituents in his district were shocked, but over time Duncan felt his least popular vote became his most popular one--and probably the most significant in his thirty-year political career.

Congressman Duncan served as U.S. Representative for Tennessee's Second Congressional district from 1988 to 2019. While he could have written a dense political memoir, in From Batboy to Congressman, Duncan employs a journalistic flair to provide just the right insight into a series of anecdotes from his storied life. Duncan's family, early life, and time as a lawyer and judge all figure into the generous narrative, shared with both warmth and a self-deprecating sense of humor. He details unique experiences meeting celebrities, presidents, and sports stars; and, of course, he shares insights into the decisions that charted his Congressional career on issues such as Iraq, NAFTA, and concern for fiscal responsibility. Over his decades-long career, Duncan was known for his commitment to constituent service--even among constituents who disagreed with his views--so he offers a refreshing perspective on bipartisanship and connections across the aisle; indeed, he names conservatives, moderates, and liberals alike among his closest friends.

While this book contains timely reflections on issues of war and poverty, of leadership and the lack of it, of the proper relationship between citizens and government, its intention is to highlight moments in a singular career. "As you will read in this book," writes Congressman Duncan, "every job gave me strange, funny, unusual stories."

John J. Duncan, Jr., served as a respected criminal defense lawyer and judge before being elected to the US House of Representatives in a special election in 1988 to replace his father, who had died in office. 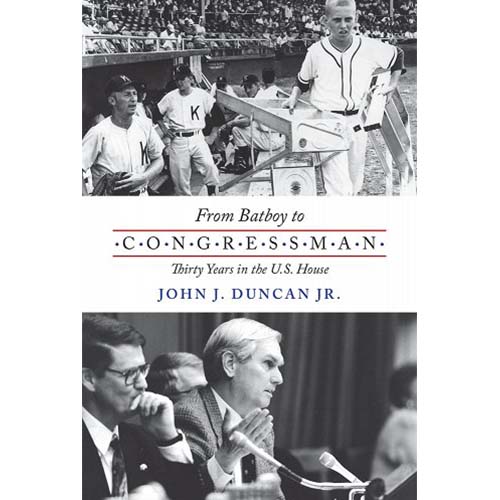