THE TRUTH KEEPERS: A NOVEL

"The Truth Keepers" s a historical novel that tells the tale of a torn family and the struggles of a young nation. Set primarily on Jekyll Island, Georgia, in the nineteenth-century, it is based on the true story of Henri du Bignon, his wife, and his long-time mistress. Henri, the younger and favored du Bignon son, is portrayed through the eyes of his French wife, Amelia Nicolau, and his English mistress, Sarah Aust, both of whom have reasons for regret. Once well-respected in local social and business circles, Henri shocks the entire coastal community following his wife's death, with unexpected actions that ultimately drive him from the island to begin a new life elsewhere. The story begins with a fictionalized account, based on recently discovered documents of the Nicolau family in Bordeaux, France, who live through the revolution in their native land before coming to America and settling on the Georgia coast. As it explores the issues and limitations faced especially by women in nineteenth-century America, the story takes us from the French Revolution through the Civil War and its aftermath, when nearby Brunswick residents encounter many hardships, among them having to evacuate their town to the invading Union army. The novel ends in 1877, followed by a poignant epilogue set in the 1950s.

June Hall McCash is a two-time winner of the Georgia Author of the Year Award. She holds a PhD in Comparative Literature from Emory University. Much of her academic career was spent at Middle Tennessee State University, where she received university awards for distinguished research, outstanding career, and teaching. 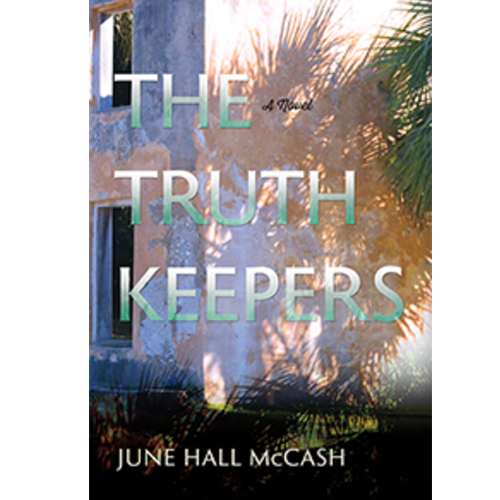