When Miles Morales is invited to a launch for a brand-new video game, things go sideways fast. Anyone who plays the game is frozen, and it's all because of a villain named the Stranger. He's judged humanity and found it lacking, and his idea of justice is extreme. Left with the fate of the world in his hands, the clock is ticking on Miles. Can he turn old foes to friends and find the answers he needs in time?

Justin A. Reynolds has always wanted to be a writer. "Opposite of Always" , his debut novel, was an Indies Introduce selection, a School Library Journal Best Book, has been translated into seventeen languages, and is being developed for film with Paramount Players. He hangs out in northeast Ohio with his family and likes it, and is probably somewhere, right now, dancing terribly. His second YA novel," Early Departures", published September 2020, and his first middle grade novel," It's the End of the World and I'm in My Bathing Suit" , released in April 2022. You can find him at justinareynolds.com. 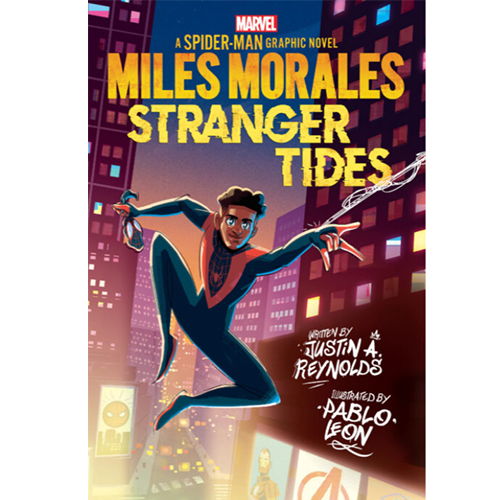