THE DEVIL'S HALF-ACRE: HOW ONE WOMAN LIBERATED THE SOUTH'S MOST NOTORIOUS SLAVE JAIL

In "The Devil's Half Acre", "New York Times" bestselling author Kristen Green draws on years of research to tell the extraordinary and little-known story of young Mary Lumpkin, an enslaved woman who blazed a path of liberation for thousands. She was forced to have the children of a brutal slave trader and live on the premises of his slave jail, known as the 'Devil?s Half Acre.' When she inherited the jail after the death of her slaveholder, she transformed it into 'God's Half Acre,' a school where Black men could fulfill their dreams. It still exists today as Virginia Union University, one of America?s first Historically Black Colleges and Universities.

A sweeping narrative of a life in the margins of the American slave trade, The Devil's Half Acre brings Mary Lumpkin into the light. This is the story of the resilience of a woman on the path to freedom, her historic contributions, and her enduring legacy.

Kristen Green is a reporter and the author of the "New York Times" bestseller "Something Must Be Done About Prince Edward County" , which received the Library of Virginia Literary Award for Nonfiction and the People's Choice Award. She has worked as a writer for two decades for newspapers including the "Boston Globe" , the "San Diego Union-Tribune", and the "Richmond Times-Dispatch" . She holds a master's in Public Administration from the Harvard Kennedy School, and lives with her husband and two daughters in Richmond, Virginia. 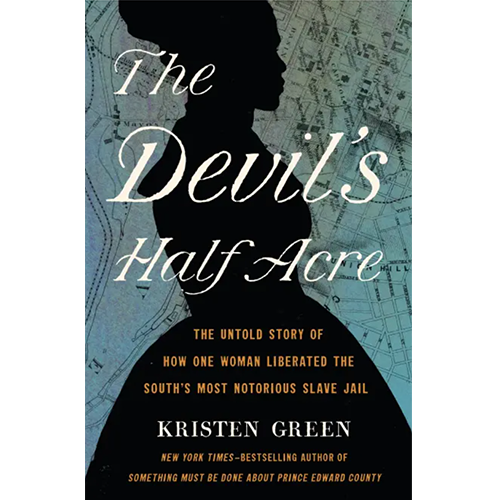