THE DECOMPOSITION OF JACK

Middle school is always hard, but when you're known as the Roadkill Kid, well, it's even harder. Jack's mom collects roadkill-it's her job, and she's very good at it. Ever since Jack's mom and dad got divorced, Jack has stepped into the role of Mom's co-scientist.

One day while tending to the roadkill garden, Jack believes he spots a cougar in the wilderness beyond his backyard. A cougar in Tennessee? They're supposed to be extinct. So, when Jack has to choose an animal to research for his Earth Science class, he picks cougar.

As pressure mounts on Jack to complete his project and to be Mom's business partner, the mystery of the cougar feels too big to solve. Jack knows what the decomposition of an animal-and a family-looks like, so can he figure out how to bring them back to life?

Kristin O'Donnell Tubb is the author of "The Story Collector" and "The Story Seeker" , the award-winning "A Dog Like Daisy" , "John Lincoln Clem: Civil War Drummer Boy (written as E. F. Abbott)", "The 13th Sign" , "Selling Hope" , and "Autumn Winifred Oliver Does Things Different" . Kristin lives near Nashville, with her bouncy-loud family. Just like her two dogs, she can be bribed with cheese. You can visit her online at www.kristintubb.com. 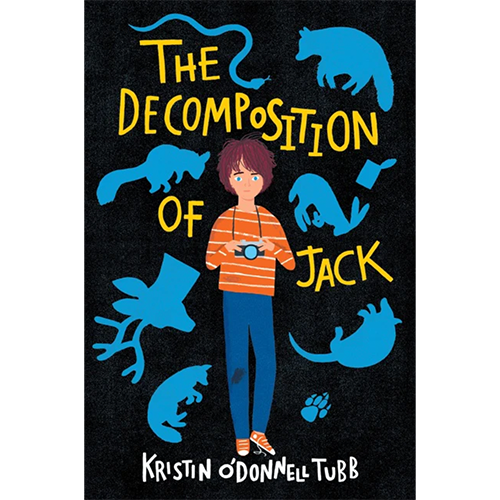