OUR LADY OF PERPETUAL HUNGER

*THIS EVENT IS PART OF OUR VIRTUAL FUNDRAISER. LINKS ARE SENT TO THOSE WHO GIFT $50 OR MORE TO THE FESTIVAL. GO TO DONATE FOR MORE INFORMATION.*

Noted chef and James Beard Award-winning essayist Lisa Donovan helped establish some of the South's most important kitchens, and her pastry work is at the forefront of a resurgence in traditional desserts. Yet Donovan struggled to make a living in an industry where male chefs built successful careers on the stories, recipes, and culinary heritage passed down from generations of female cooks and cooks of color. At one of her career peaks, she made the perfect dessert at a celebration for food-world goddess Diana Kennedy. When Kennedy asked why she had not heard of her, Donovan said she did not know. "I do," Kennedy said, "Stop letting men tell your story."

OUR LADY OF PERPETUAL HUNGER is Donovan's searing, beautiful, and searching chronicle of reclaiming her own story and the narrative of the women who came before her. Her family's matriarchs found strength and passion through food, and they inspired Donovan's accomplished career. Donovan's love language is hospitality, and she wants to welcome everyone to the table of good food and fairness.

Donovan herself had been told at every juncture that she wasn't enough: she came from a struggling southern family that felt ashamed of its own mixed race heritage and whose elders diminished their women. She survived abuse and assault as a young mother. But Donovan's salvations were food, self-reliance, and the network of women in food who stood by her.

In the school of the late John Egerton, OUR LADY OF PERPETUAL HUNGER is an unforgettable Southern journey of class, gender, and race as told at table.

Lisa Donovan has redefined what it means to be a "southern baker" as the pastry chef to some of the South's most influential chefs, including Margot McCormack, Tandy Wilson, and Sean Brock. Unabashedly serving her church cakes and pies to finish fine-dining experiences, she has been formative in establishing a technique-driven and historically rich narrative of southern pastry. Donovan received a James Beard Award for her writing in Food & Wine, where she is a regular contributor, and she has been a featured speaker at Ren? Redzepi's globally renowned MAD Symposium. Our Lady of Perpetual Hunger is her first book. 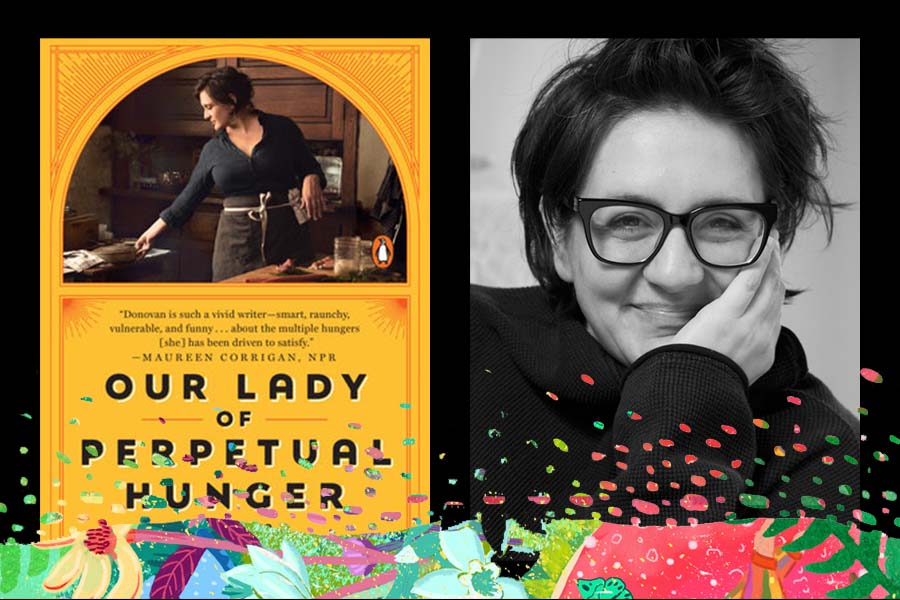