A BEAT BEYOND: THE SELECTED PROSE OF MAJOR JACKSON

In this collection of essays, interviews, and notes, Major Jackson reveals and revels in the work of poetry to not only limn and give access to the intellectual width and spiritual depth of poets, but also to amplify the controversies and inner conflicts that define our age: political unrest, climate crises, the fallout from bewildering traumas, and the social function of the art itself. Accessible and critically minded, Jackson avoids pedantry and provisional judgments by returning to the poem as an unparalleled source of linguistic pleasure that structures a multilayered 'lyric self.' In his interviews, Jackson illustrates poetry's distinct ability, through metaphor and expressive language, to mediate the inexplicable while foregrounding the possibilities of human song.

Collected over several decades, these essays find Jackson praising mythmaking in Frank Bidart and Ai's poetry, expressing bafflement at the silence of white-identified poets in the cause of social and racial justice, unearthing the politics behind Gwendolyn Brooks's Pulitzer Prize, and marveling at the 'hallucinatory speed of thought' in the poetry of a diverse range of poets including Mei-Mei Berssenbrugge, Brenda Hillman, Afaa Weaver, Forrest Gander, and Terrance Hayes. This collection passionately surveys the radical shifts of the art and notes poetry's ardor and cultural value as a necessity for a modern sensibility.

Major Jackson is Professor of English, Director of Creative Writing, and Gertrude Conaway Vanderbilt Chair in the Humanities at Vanderbilt University. 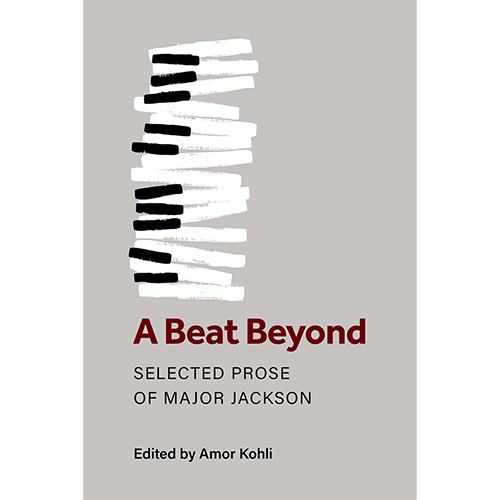