It's hard enough to figure out boys, beauty, and being cool when you're young, but even harder when you're in a country where you don't understand the language, culture, or social norms.

Nine-year-old Malaka Gharib arrives in Egypt for her annual summer vacation abroad and assumes it'll be just like every other vacation she's spent at her dad's place in Cairo. But her father shares news that changes everything: He has remarried. Over the next fifteen years, as she visits her father's growing family summer after summer, Malaka must reevaluate her place in his life. All that on top of maintaining her coolness!

Malaka doesn't feel like she fits in when she visits her dad--she sticks out in Egypt and doesn't look anything like her fair-haired half siblings. But she adapts. She learns that Nirvana isn't as cool as Nancy Ajram, that there's nothing better than a Fanta and a melon-mint hookah, and that her new stepmother, Hala, isn't so different from Malaka herself.

It Won't Always Be Like This is a touching time capsule of Gharib's childhood memories--each summer a fleeting moment in time--and a powerful reflection on identity, relationships, values, family, and what happens when it all collides.

Malaka Gharib is a writer, journalist, and cartoonist. She is the author of I Was Their American Dream: A Graphic Memoir, winner of an Arab American Book Award and named one of the best books of the year by NPR, The Washington Post, Kirkus Reviews, and the New York Public Library. By day, she works on NPR's science desk, covering the topic of global health and development. Her comics, zines, and writing have been published in NPR, Catapult, The Seventh Wave Magazine, The Nib, The Believer, and The New Yorker. She lives in Nashville with her husband, Darren, and her dog, Sheeboo. 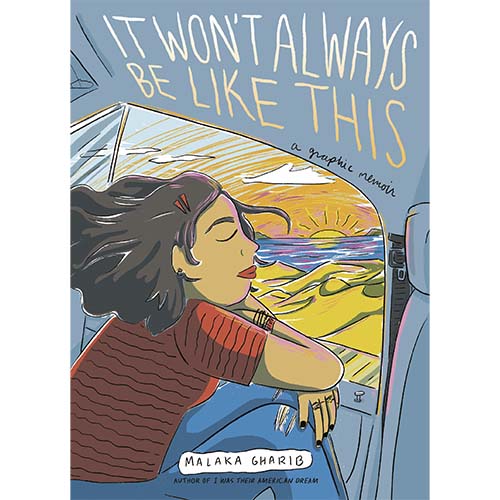