THE FEELING OF FALLING IN LOVE: A NOVEL

Just days before spring break, Neil Kearney is set to fly across the country with his childhood friend (and current friend-with-benefits) Josh, to attend his brother's wedding--until Josh tells Neil that he's in love with him and Neil doesn't return the sentiment. With Josh still attending the wedding, Neil needs to find a new date to bring along. And, almost against his will, roommate Wyatt is drafted. At first, Wyatt (correctly) thinks Neil is acting like a jerk. But when they get to LA, Wyatt sees a little more of where it's coming from. Slowly, Neil and Wyatt begin to understand one another... and maybe, just maybe, fall in love for the first time...

Born and raised in a small town in North Carolina, Mason Deaver is an award-nominated, bestselling author and designer living in Charlotte. Their debut novel, I Wish You All the Best, was named a Junior Library Guild Selection and an NPR Concierge Book. Besides writing, they're an active fan of horror movies and video games. You can find them online at masondeaverwrites.com 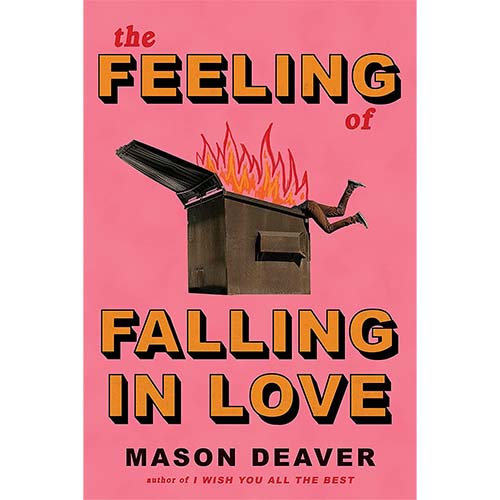