When Margot learns she is carrying her husband Knox's child, she questions if she can bear another loss after a failed pregnancy divided them. Knox celebrates the news-despite the sorrow and guilt still lingering after his astrophysicist ex, Tiffany, died one year ago- until an earthquake jostles their Hollywood apartment and strips them of power. Moments later, when a small fissure opens in Venice Beach, Jason discovers an abandoned little girl outside his home. As authorities prove unable to help them, Jason determines that the already-fraught city and child are both worse off than he initially imagined.

And Tiffany? After the sting of Knox's betrayal, she programmed the RIFT-a byproduct of her particle collider-to activate after her suicide. Thus, a ground-opening black hole is created, into which Margot, Knox, and Jason must descend. In multiple hall-of-mirror-like alternate universes, they are confronted with a choice: Accept the true pain of losing someone you love, or live a lie wherein the loved one was never lost?

Nathan Elias is the author of the novel "Coil Quake Rift" and the short story collection "The Reincarnations". He holds an MFA in Creative Writing from Antioch University Los Angeles, his writing has been nominated for the Pushcart Prize and Best Microfiction, and he was a finalist of The Saturday Evening Post 2020 Great American Fiction Contest. His short fiction, poetry, essays, and book reviews have appeared in publications such as "PANK" , "Entropy" , "Hobart" , "Pithead Chapel" , and "Barnstorm" . He lives in Nashville, Tennessee with his wife and rescue dog. 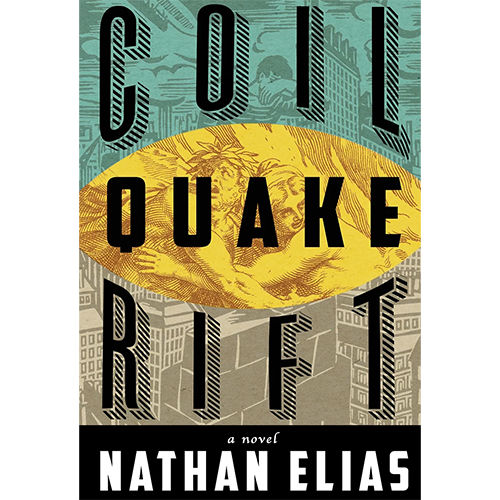