IF IT SOUNDS GOOD, IT IS GOOD: SEEKING SUBVERSION, TRANSCENDANCE, AND SOLACE IN AMERICA'S MUSIC

Music is fundamental to human existence, a cultural universal among all humans for all times. It is embedded in our evolution, encoded in our DNA, which is to say, essential to our survival. Academics in a variety of disciplines have considered this idea to devise explanations that Richard Manning, a lifelong journalist, finds hollow, arcane, incomplete, ivory-towered, and just plain wrong. He approaches the question from a wholly different angle, using his own guitar and banjo as instruments of discovery. In the process, he finds himself dancing in celebration of music rough and rowdy.

American roots music is not a product of an elite leisure class, as some academics contend, but of explosive creativity among slaves, hillbillies, field hands, drunks, slackers, and hucksters. Yet these people-poor, working people-built the foundations of jazz, gospel, blues, bluegrass, rock-n-roll, and country music, an unparalleled burst of invention. This is the counterfactual to the academics' story. This is what tells us music is essential, but by pulling this thread, Manning takes us down a long, strange path, following music to deeper understandings of racism, slavery, inequality, meditation, addiction, the science of our brains, and ultimately to an enticing glimpse of pure religion.

Use this book to follow where his guitar leads. Ultimately it sings the American body, electric.

Richard Manning is a lifelong journalist, the author of eleven books. He is a contributing editor for Harper's magazine, was a John S. Knight Fellow in Journalism at Stanford University, and has received many awards, especially in environmental journalism. His book "One Round River" was named a significant book of the year by the "New York Times". His work was featured in "Best American Science and Nature Writing, 2010"and "Best American Travel Writing of 2017 ". 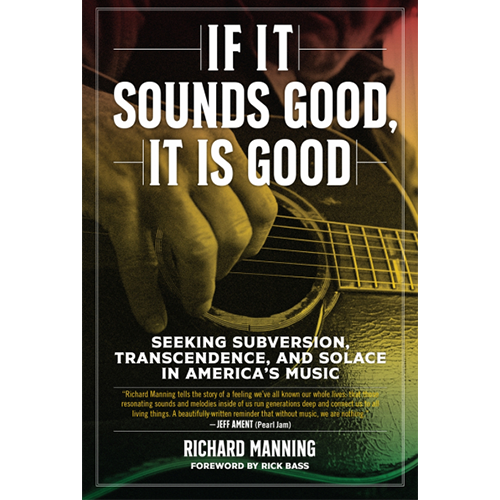