ALWAYS THE FIRST TO DIE: A NOVEL

After her husband's death, Lexi has refused to return to the Pinecrest Estate on the Florida Keys, too many hard memories on that strip of land. Memories of meeting her husband on the set of an iconic horror movie. Of being cast as an extra, of watching herself get killed on screen. And of scoffing at the rumors of the Pinecrest Estate "curse," until she witnessed a cast member die that very summer. But when her daughter sneaks away to visit her grandfather, legendary horror movie director Rick Plummer, Lexi is forced to face her past. That's when a Category Four hurricane changes course, and hits the southern coast.

Unable to get through to her daughter, Lexi drives to the Keys in the wake of the storm. What she finds is an island without cell service, without power, and with limited police presence. A desolate bit of land, with only a few remaining behind: the horror director, the starlet once cast as the final girl, the young teenager searching for clues of her father, the mother determined to get off the island, and...the person picking them off one-by-one.

Soon enough Lexi's life begins to resemble Rick's most famous horror film, and she must risk her life to save her daughter before someone, or something, destroys them all.

R. J. Jacobs lives in Nashville, where he maintains a private practice as a psychologist. Since completing his post-doctoral residency at Vanderbilt University, he has taught Abnormal Psychology, presented at numerous conferences, and routinely performs PTSD evaluations for veterans. He lives with his wife and two children. 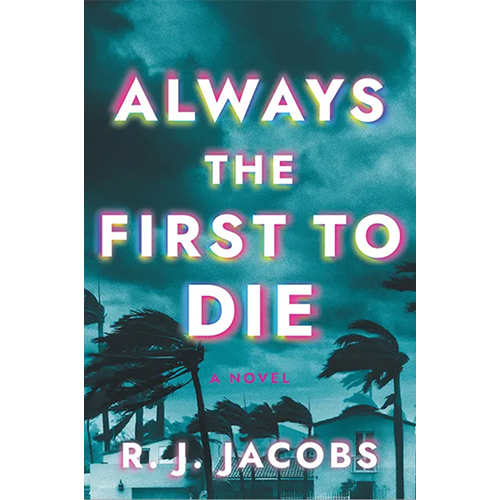