REMEMBER THIS: A NOVEL

John Martin, a talented graphic designer employed as a word processor for a prestigious New York investment bank, has happily left behind Texas and his alcoholic, emotionally absent mother. It is the height of the personal computer revolution and the AIDS epidemic, and gentrification is sweeping the city. Alena Marino, John's supervisor, is an Italian immigrant who shares his hustle and grit, aggressively building a new life for herself. As their affair begins, John imagines himself the perfect lover for Alena, fulfilling her desires without expectation that she leave her husband. But when his oldest sister arrives in town unannounced, he is forced to confront his damaged past and serial history of relationships with stunningly gorgeous, emotionally complex women.

John's journey to understand the roots of his compulsion to "save" those around him is both aided and thwarted by his relationship with his colleague Jeremy Crawford. Alena's closest confidant, Jeremy shares an intimacy with her that fuels John's jealousy. Meanwhile, Jeremy finds himself drawn to John and, as his confidant too, participates in the drama of John and Alena's relationship. As John slowly begins to understand the flawed and wounded experience of love that has followed him through life, he learns how to open himself to true friendship--and to true loss. Set in the midst of cultural upheaval, this powerful novel reverberates across the decades.

Steve Adams is a writer and editor based in Memphis, Tennessee. His short stories have appeared in Glimmer Train, the Missouri Review, Chicago Review, and elsewhere. His nonfiction has won a Pushcart Prize and his plays have been produced in New York City. 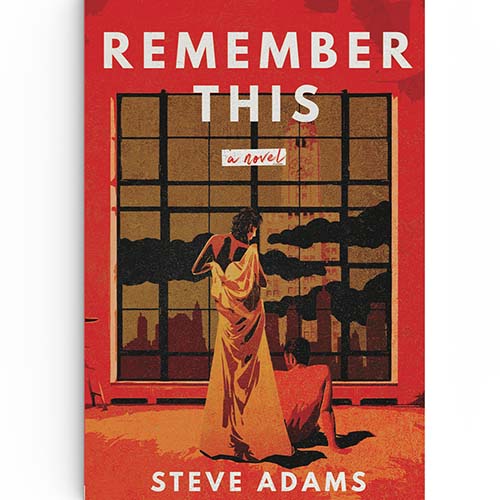