SOME OF MY BEST FRIENDS: ESSAYS ON LIP SERVICE

In this stunning debut collection, Catapult editor-in-chief and award-winning voice actor Tajja Isen explores the absurdity of living in a world that has grown fluent in the language of social justice but doesn't always follow through.

These nine daring essays explore the sometimes troubling and often awkward nature of that discord. "Some of My Best Friends" takes on the cartoon industry's pivot away from colorblind casting, the pursuit of diverse representation in the literary world, the law's refusal to see inequality, and the cozy fictions of nationalism. Isen deftly examines the quick, cosmetic fixes society makes to address systemic problems, and reveals the unexpected ways they can misfire.

Tajja Isen is a writer, editor, and voice actor. Her essays and criticism have appeared in dozens of outlets across the US and Canada. She is the editor-in-chief for "Catapult" magazine, the former digital editor for "The Walrus" , and has also edited for "Electric Literature" . She is the coeditor of the essay anthology "The World As We Knew It: Dispatches from a Changing Climate" . A voice actor for over two decades, Tajja can be heard on such animated shows as Atomic Betty , The Berenstain Bears , Super Why! , Go Dog Go , Jane and the Dragon , and many others. You can follow her on Twitter @TajjaIsen. 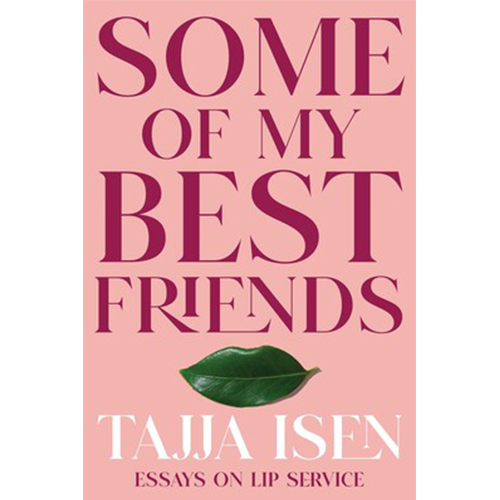