Kelly Carmichael can't seem to find her niche in life. Her father pushes her in one direction while her mother pulls her in another. Now almost thirty, she grows weary of pursuing someone else's happiness. But just when she believes she has found the perfect career and the love of her life in Memphis, her father dies. Now she is forced to give up her dream job to take care of the mother she doesn't understand and deal with the harsh reality of a father she thought she knew.When she is finally ready to resume her life in Memphis, she is set back once again, this time with ulcerative colitis and the horrible changes in her body she must deal with as she fights to keep her boyfriend, gets to know her mother, and adjusts to her changing life in a small southern town.

Tracy Lea Carnes was a part of the first year of PROJECT GREENLIGHT on HBO as a semi-finalist in one of their contests. She is also an award-winning playwright, and her stage play CASSEROLE GIRLS will be staged soon at the Shreveport Little Theater. Her novel EXCESS BAGGAGE was a 2010 alternate pick for THE INTERNATIONAL PUPLWOOD QUEENS AND TIMBER GUYS READING NATION BOOK CLUB. She will be featured again in 2023 at the Book Club's annual convention Girlfriend Weekend. Her upcoming novel, THE DARLINGS OF SUNDANCE, will be published by Brother Mockingbird in January 2023. 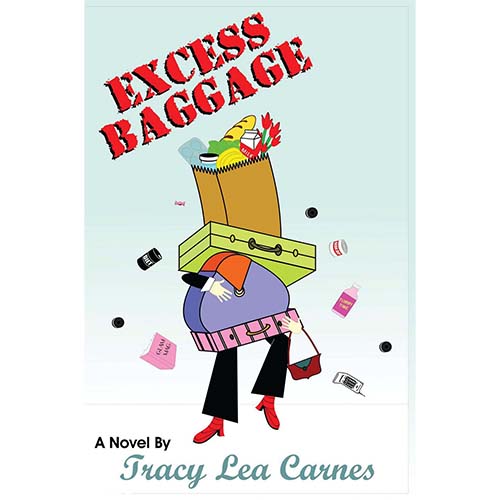