From a very young age, Judy Heumann heard the word NO. When she wanted to attend public school, the principal said, "NO." When she wanted her teaching license, the New York Board of Education said, "NO." Judy and people with disabilities everywhere were tired of hearing 'NO.'

In the 1970s an important disability rights law, Section 504 of The Rehabilitation Act of 1973, was waiting to be signed. Judy and other disability rights activists fought for 'YES!' They held a sit-in until Section 504 was signed into law. Section 504 laid the foundation for the Americans with Disabilities Act, which was established thanks in large part to the ongoing work of Judy and her community.

Along with a personal reflection from Judy herself, this picture book biography captures the impact and influence of one of America's greatest living activists.

Vivian Mildenberger is an illustrator and ceramic artist based in Nashville. 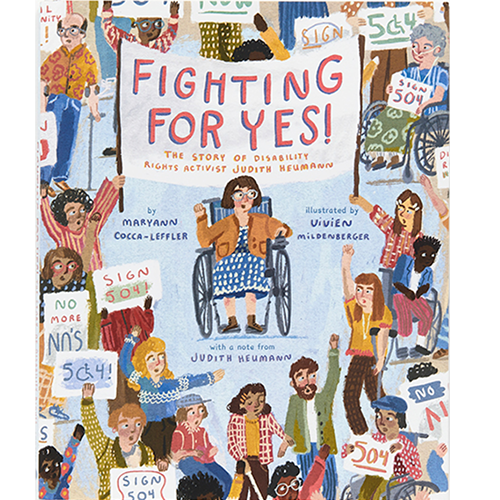