THE MOUNTAINS WE CARRY

The story of a Kurdish family torn apart during the Anfal genocide committed by the Iraqi army against the Kurds in Iraq. The story takes you on a journey through the minds of three main characters as each tells the story from a different angle, all converging at one point of loss, pain, suffering, AND hope, strength, and perseverance.

Azad's father was brutally executed by the Iraqi army. Since then, Azad has moved to the city of Duhok to pursue his education. In doing so he hopes to provide a new life for his family and his fianc?e, Juwan, who are back in their home village. But as the Iran-Iraq War comes to an end, the Iraqi government launches the genocidal Anfal campaign against the Kurds. Fleeing separately across physical and emotional borders, Azad and Juwan find themselves in the crosshairs of the Iraqi army. However, the most dangerous threat is the one they least expect.

Dr. Zaid Brifkani is an American physician from Iraqi Kurdish descent. He specializes in dialysis and kidney transplantation with a lifelong passion for writing. His debut novel "The Mountains We Carry" was released in November 2021. He lives in Nashville with his wife and three children. Growing up in Iraq, Brifkani witnessed many traumatic experiences of war, migration, and political turmoil, which have highlighted his dedication to writing about the negative impact of wars and political struggles. 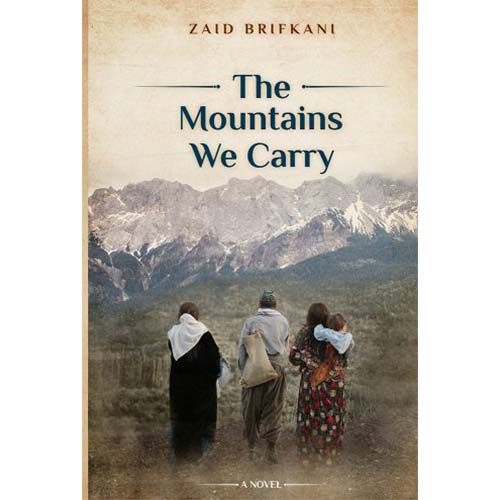